“For like certain other omnivorous roving lovers that might be named, my Lord Whale has no taste for the nursery, however much for the bower; and so, being a great traveller, he leaves his anonymous babies all over the world; every baby an exotic.”

“Old English did have a feminine word related to Old Norse hūsbōndi that meant ‘mistress of a house,’ namely, hūsbonde. Had this word survived into Modern English, it would have sounded identical to husband—surely leading to ambiguities.”

From the American Heritage Dictionary

Somehow or other I always lose my guide halfway up the mountain, and he becomes my child. Even my father.

This has always amused me. Men can be in love with literary figures, with poetic and mythological figures, but let them meet with Artemis, with Venus, with any of the goddesses of love, and then they start hurling moral judgments.

Anais Nin, The Diary, Volume 1 (commenting on how Antonin Artaud tried to slut-shame her after she turned down his advances, circa 1933…)

“Henry [Miller] understands me when I say: ‘I have known motherhood. I have experienced childbearing. I have known a motherhood beyond biological motherhood – the bearing of artists, and life, hope, and creation.’ It was [D.H.] Lawrence who said: Give up bearing children and bear hope and love and devotion to those already born.”

She did not have children, and I don’t sense any anxiety about this in her diary. She felt in touch with her maternal side, nonetheless, and channeled it into generosity and support for her brother and mother, her unstable, broke writer and artist friends… (For example, it seems she was actually quite influential in editing Miller’s books, pushed him to take out incoherent rants, accounts of bickering with his wife. Supported Artaud, both financially and morally, etc.)

in this week’s New Yorker. I don’t believe in criticism for the sake of showing off how clever you are. I also think if you are interested in the arts, you will be more satisfied at the end of your life if you worked to support artists rather than take them down. But I also don’t believe solid criticism shouldn’t exist and that negative opinions should never be stated.

Michel Houellebecq’s books have garnered enough attention that they won’t be destroyed by close, critical, rather devastating examination. James Wood isn’t intimidated by Houellebecq’s Frenchness. He exposes his writing as misogynist, pseudo-philosophical, and worse, not that well written:

“Is Michel Houellebecq really a novelist, or is he just a novelizing propagandist? Though his thought can be slapdash and hasty, it is at least earnest, intensely argued, and occasionally thrilling in its leaps and transitions … But the formal structures that are asked to dramatize these ideas – the scenes characters, dialogue, and so on – are generally flimsy and diagrammatic. Characters, usually women, are killed off with flippant dispatch, backstories pencilled in with bald strokes, scenes cursorily sketched, conversation often ludicrously implausible or monotonously self-therapeutic.”

Ouch… I get the feeling people read Houellebecq because of the dramatic nihilism and the “pornographic fervor of his writing and for the theorizing he likes to do around his sex scenes”. It makes you feel cool. And it’s translated from French, he’s a compatriot of Barthes, Lacan, Foucault…

James Wood became my critic-hero when he took down Paul Auster in The New Yorker a few years ago. I had always thought Auster was overrated and formulaic, so much post-modern posturing. I got tired of seeing his books around – so many better novels people could be talking about! I suspected he was big in Europe because his translators were better writers than he was and because they take place in New York City. I kept scouring the web for like-minded readers, to no avail. Wood wrote a wonderfully lucid, analytical and devastating critique of Auster, the essay I had been hungry to read.

Incidentally, there’s another brilliant take-down in this week’s issue. Peter Schjeldahl on Damien Hirst: “Hirst will go down in history as a peculiarly cold-blooded pet of millennial excess wealth. That’s not Old Master status, but it’s immortality of a sort.”

He has two very incisive sentences (on Hirst’s spot paintings) that could apply to so much contemporary poetry I encounter: “His work comprehends all manner of things about previous art except, crucially, why it was created. It smacks less of museums than of art-school textbooks. What may pass for meaning in the spot paintings is the sum of their associations in the history of abstraction. The more you know of that, the cleverer the paintings might make you feel. Buying one, you can hang it on your wall like a framed diploma from Smartypants U.”

that my diary-writing is a vice. I came home worn out by magnificent talks with Henry at the café; I glided into my bedroom, closed the curtains, threw a log into the fire, lit a cigarette, pulled the diary out of its last hiding place under my dressing table, threw it on the ivory silk quilt, and prepared for bed. I had the feeling that this is the way an opium smoker prepares for his opium pipe. For this is the moment when I relive my life in terms of a dream, a myth, an endless story.“

What’s coming through in my reading is that even as she was writing the diary, she did not think of it in the traditional mode as a secret, an intimate diary. She hired a young woman to transcribe what she wrote with a typewriter, she showed it to the people she was hanging out with. She used parts of it in her fiction writing. The diary was the place for everything, her "realism” as she called it. But she wrote it conscious that others might read it, though it is very intimate at times. 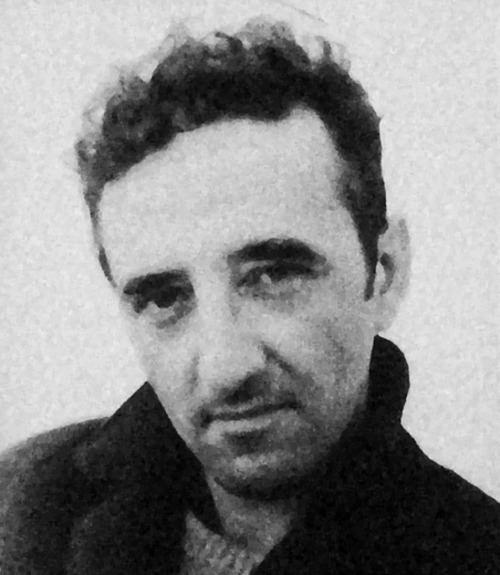 I’m a little late to this literary fracas, but I read The Savage Detectives last year & am interested in its success in the U.S…

I came across this essay in Guernica by Honduran writer Horacio Castellanos Moya today… It’s extremely critical about the way Bolaño was marketed and canonized in a most calculating way by the U.S. (“North American”) publishing industry, starting with the publication of The Savage Detectives. According to Moya, they reduce him into a typical image of a James Dean, Jim Morrison, Jack Kerouac-type character, South American style. The novel was anointed as the next go-to impression for Americans to have of Latin America, because Garcia Marquez was getting old. Moya relies quite a bit on a paper written by a professor at City University of New York, Sarah Pollack:

“The novelty for the American reader is that he will come away with two complementary messages that appeal to his sensibility and expectations: on one side the novel evokes the ‘youthful idealism’ that leads to rebellion and adventure. But on the other side, it can be read as a morality tale, in the sense that ‘it is very good to be a brazen rebel at sixteen years old, but if a person doesn’t grow and change into an adult person, serious and established, the consequences can be tragic and pathetic.”

And the last paragraph:

“What isn’t the fault of the author is that American readers, with The Savage Detectives, want to confirm their worst paternalistic prejudices about Latin America, as Pollack’s text says, like the superiority of the Protestant work ethic or the dichotomy according to which North Americans see themselves as workers, mature, responsible, and honest, while they see their neighbors to the South as lazy, adolescent, reckless, and delinquent. Pollack says that from this point of view The Savage Detectives is ‘a very comfortable choice for U.S. readers, offering both the pleasures of the savage and the superiority of the civilized.’ And I repeat: nobody knows for whom it works. Or as the poet Roque Dalton wrote: ‘Anyone can make the books of the young Marx into a light eggplant puree. What is difficult is to conserve them as they are, that is to say, as an alarming ants’ nest.’”

The subsequent comments make excellent points, and I am probably subsuming some of them into my thoughts on this essay:

(1) I don’t think anyone who actually read The Savage Detectives has paternalistic prejudices against Latin America. Readers of Isabel Allende might be better cast in this role.

(2) What’s wrong with a literary, rather dazzling Latin American novel becoming a (relative) blockbuster? Don’t all literary novels that sell well depend on the mythologizing of their authors? The criticism of marketing might be valid if the book was not so good, or if the author hadn’t participated in his own mythologizing (not via the publisher, but the way he handled the relationship between his life & his fiction).

(3) If his problem is that Americans he meets can only name 1 or 2 Latin American writers, his beef with the publishing industry shouldn’t be the marketing of Bolaño but the fact that publication (& promotion) of literature in translation is so rare in the U.S.

(4) The publishing industry in Latin America engages in the same nefarious marketing practices.

(5) Moya complains that the publisher never mentions that Bolaño wrote the novel when he was a stable family man, and instead promotes the image of him as rebellious youth…. But Bolaño himself began his mythologizing. And there IS so much of his early, rebellious youth in the novel – the biographical similarities aren’t an invention of the publishing industry. He inserts so much of himself into Savage Detectives, it’s difficult not to think  that so much of it is about Bolaño the person when you’re reading it (the character Arturo Belano even has a similar name and background).

6) Talk about paternalistic. The tone of the writing is so insufferable, he is so unequivocally right in his own mind – it’s intended to make the reader feel inadequate & ignorant (if the reader is “North American”) or smug about how awful capitalistic Americans are (if the reader is an Argentine reading it in the Argentine newspaper where it was originally published). I am writing that as someone who grew up in Latin America & the U.S. & is therefore bicultural & bilingual…

(7) OK, yes, he does raise a good point that it would be nice if U.S. publishers, media & readers looked beyond what was fed to them. If U.S. readers like Bolaño, they would probably like a lot of other Latin American writers & wouldn’t just have to refer to him or Garcia Marquez…

For anyone interested in this discussion, many U.S. journals (The New Yorker, Harper’s, etc.) responded to Moya’s essay. The translator of the essay, Robert P. Baird, has compiled links to them on his website.

What I would really like to read is some insight into the novel. Friends I’ve talked to who have read it liked it, but find it difficult to talk about what makes the novel good, or what it made them think about. I was overwhelmed by it myself, felt like I needed to revisit it.

There are some things one cannot seize by realism, but by poetry. It is a matter of language.